The country will probably fail to meet the millennium development goals as statistics suggest women are not benefiting from legislative gains. 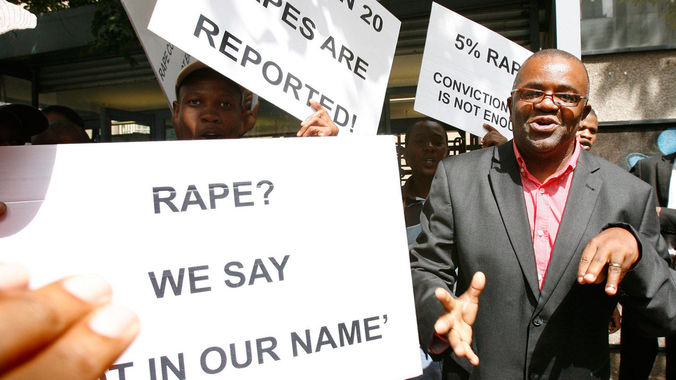 With less than a year left until the deadline for countries to reach the millennium development goals set by the United Nations, the majority of women in South Africa are not benefitting from gains made in terms of gender equality. This is in part caused by gender-based violence, according to the Commission for Gender Equality.

Eight of the goals, which address global issues such as health and education, were adopted in 2000 by 189 countries were to be achieved by December 31 2015.

The development goals aimed at promoting gender equality and empowering women includes targets such as an equal enrolment ratio of girls to boys in primary, secondary and tertiary educational institutions as well as equal levels of literacy across genders. South Africa is on track to achieve these.

Another target is the employment of men and women in a 50/50 ratio and both genders should have similar levels of employment. But the country is predicted to fail to achieve this by the end of the year.

The share of women in the non-agricultural employment sector has increased from 43% in 1996 to 45% in 2012 (the latest available figure), and 77% of women earned the same amount as men, according to 2010 figures from Statistics South Africa.

In 2012 the Organisation for Economic Co-operation and Development (OECD) ranked South Africa fourth out of 87 countries on their social institutions and gender index. But last year the country dropped dramatically to 90th position out of 148 nations.

The OECD says this drop is largely because women find it difficult to use the justice system. UN research shows that nearly 67?000 sexual offences were reported between April 2012 and March 2013, yet only 6% of these led to convictions.

While the country’s laws protect women in theory, the OECD says there “remain challenges with the application and enforcement of the law”.

The Commission for Gender Equality’s spokesperson, Javu Baloyi, says that although South Africa increased the representation of women in Parliament from 3% in 1994 to 44% in 2009, “more women are needed in ­positions of authority in various committees [of Parliament] such as speakers, deputy ministers, ministers and presidents that will translate into reality to women on the ground”.

Baloyi says South Africa cannot achieve complete gender equality because many women – particularly those in the rural areas – do not have access to reproductive health services, and the government is slow in dealing with gender-based violence.

According to a 2014 study by the international finance company, KPMG, domestic and gender-based violence against women is high across all racial and economic demographics in South Africa and costs the country’s economy between R28.4-billion and R42.4-billion each year.

The study further states that the female homicide rate in 2009 was five times the global average.

In 2012 the National Council on Gender Based Violence was established to drive the implementation and monitor the progress of government programmes. But gender activists say that the council is “not being well co-ordinated”.

The department of women is responsible for the acceleration of women’s empowerment and admits that the already high levels of inequality between men and women are exacerbated by gender-based violence.

The department’s Motalatale Modiba says that violence “constrains the participation of women and girls in development and hampers the consolidation of democracy”.

“The paradox of progressive legislation and solid policies with little impact on outcomes for women and ­children remains. This paradox is evident in the area of gender based violence.”

He admits that although violence against women is “notoriously hard to measure” there is “ample evidence that physical, sexual and psychological violence as well harmful traditional practices committed against women and girls is widespread in the country [and] often the perpetrator is a male partner or family member”.